It depends. It is estimated that 1% of the US population has Celiac disease, a severe allergy in which the protein in wheat destroys their intestines, though many are misdiagnosed.  For these people gluten-free is not only healthier, but the only way to avoid miserable health problems.

While it needs to be studied further, it is roughly estimated that 10% of Americans have a gluten or wheat sensitivity, which means they feel better if they avoid it but don’t have a full blown allergy.  Avoiding it is healthier for these individuals as well, though for those with only a mild sensitivity a reduction could be enough.

That leaves about 90% of Americans.  For these Americans there is no reason to be on a gluten free diet.  In fact, replacing common foods with gluten-free alternatives is often less healthy because they are not required to be fortified.  If you have no allergies or sensitivities, whole grain wheat products can be a convenient and healthy part of your diet.

While  your doctor can test your for Celiac disease, the only way to know if you are sensitive to it is to cut it out of your diet for about two weeks and see how you feel.  If you feel better, you may decide to eliminate or reduce your intake.  To do so in a healthy way be sure to choose whole foods that are naturally gluten free – such as vegetables, legumes, and brown rice – rather than processed alternatives such as gluten-free breakfast cereal or biscuits.  The gluten-free version of an unhealthy food is still just as unhealthy.

There are a few things make a gluten-free lifestyle appear healthier, but they are misleading. 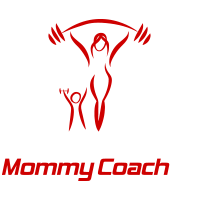